See You in the Streets: Art, Action, and Remembering the Triangle Shirtwaist Factory Fire 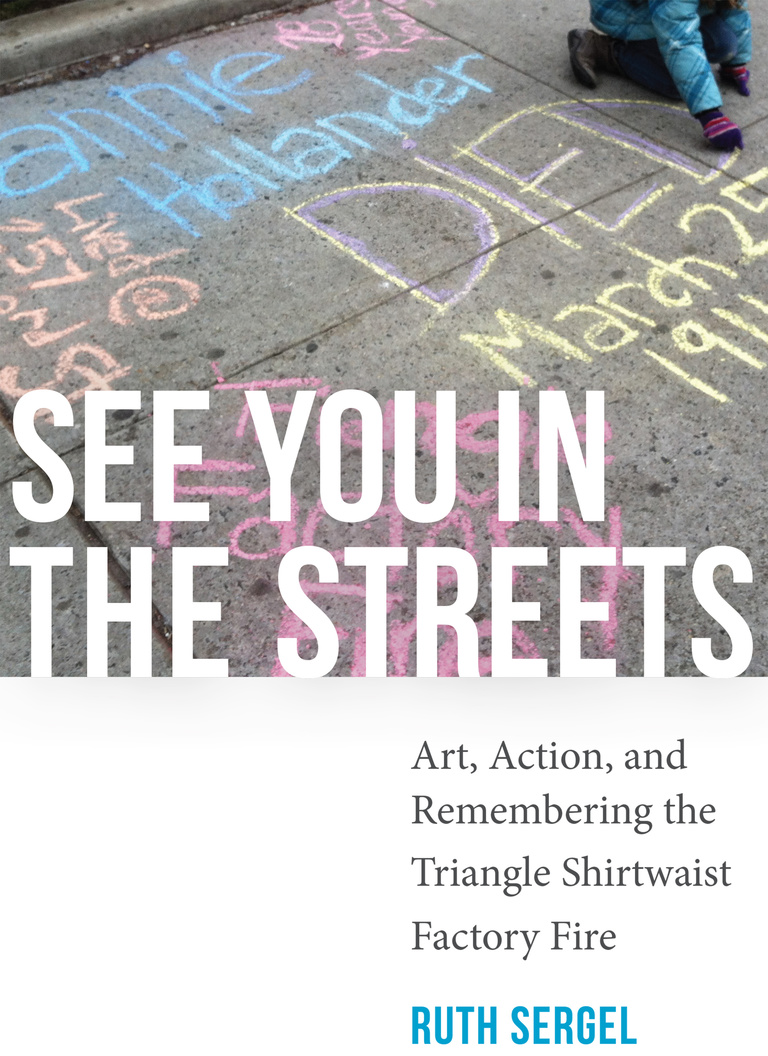 In 1911, a fire at the Triangle Shirtwaist Factory in New York City took the lives of 146 workers, most of them young immigrant women and girls. Their deaths galvanized a movement for social and economic justice then, but today’s laborers continue to battle dire working conditions. How can we bring the lessons of the Triangle fire back into practice today? For artist Ruth Sergel, the answer was to fuse art, activism, and collective memory to create a large-scale public commemoration that invites broad participation and incites civic engagement. See You in the Streets showcases her work. 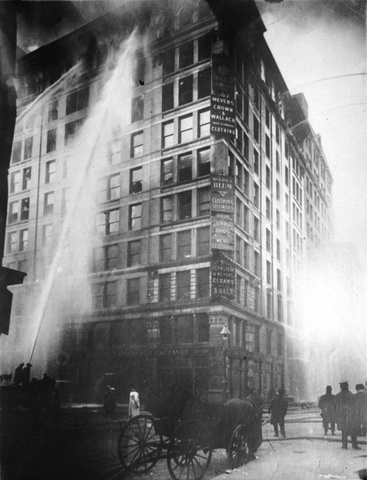 This book provides a lively account of the unexpected partnerships, false steps, joyous collective actions, and sustainability of such large public works.

It all began modestly in 2004 with Chalk, an invitation to all New Yorkers to remember the 146 victims of the fire by inscribing their names and ages in chalk in front of their former homes. This project inspired Sergel to found the Remember the Triangle Fire Coalition, a broad alliance of artists and activists, universities and unions—more than 250 partners nationwide—to mark the 2011 centennial of the infamous blaze. Putting the coalition together and figuring what to do and how to do it were not easy. This book provides a lively account of the unexpected partnerships, false steps, joyous collective actions, and sustainability of such large public works. Much more than an object lesson from the past, See You in the Streets offers an exuberant perspective on building a social art practice and doing public history through argument and agitation, creativity and celebration with an engaged public.

“Ninety years before 9/11, the Triangle Shirtwaist Fire also destroyed a building in lower Manhattan, also led people to leap to their deaths rather than burn alive, but the culprit in the earlier case wasn’t terrorists, unless you bestow that name on ruthless employers. Ruth Sergel’s moving, riveting, and important book reminds us that ‘in 2011, the year of the Triangle Fire Centennial, 17 people in the United States were killed by terrorism, while 4,609 died in workplace accidents.’"

—Rebecca Solnit, author, The Faraway Nearby

“Ruth Sergel has been ahead of the curve for years and this book proves it. We should listen very carefully to what she wants to do next!”

“In this passionate book, Sergel, a remarkable activist and artist, writes eloquently about one of history’s worst workplace tragedies—the Triangle Shirtwaist Factory fire of 1911. Sergel also explains how art can be used ingeniously to keep memories of that tragedy alive so that we in the twenty-first century never forget the hugely important lessons to be drawn from it.”

“The 2011 centennial commemoration of the Triangle Shirtwaist fire led by Ruth Sergel was among the most successful unions of art and social justice I have yet to witness in my thirty-year career. Beautifully written, See You in the Streets offers new generations of social and cultural activist insight into this magnificent model program and ways to utilize the ‘unexpected beauty’ in the world toward social justice.” 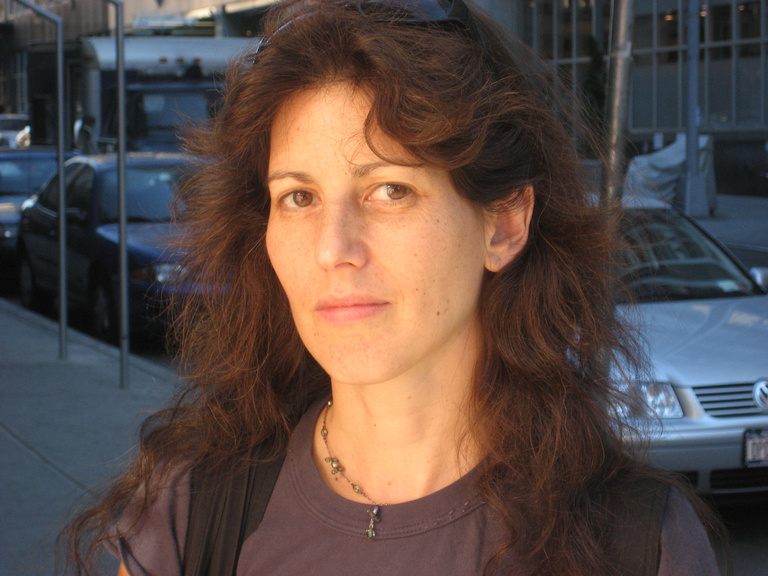 Sergel’s projects have been supported by the Jerome Foundation, New York State Council on the Arts, Experimental Television Center, Lower Manhattan Cultural Council and the 21st Century ILGWU Heritage Fund. Sergel was the Resident Researcher in Video at New York University’s Interactive Telecommunications Program (ITP) and a fellow in Public History at Brown University. Additional residencies include Yaddo, Squeaky Wheel, CESTA (Czech Republic), Digital Performance Institute, and Here Arts Center. Her work has been widely covered in the press including NY Daily News, NPR, CNN, and the Huffington Post. In 2011, Sergel was honored to be invited to the Obama White House to participate in the Community Leaders Briefing Series. New York Times reporter Stephen Greenhouse captures the power of this book in the 2011 article, “In a Tragedy, A Mission to Remember.”

CBS News’s moving feature story on the 105th anniversary of the Chalk Project includes an interview with author Ruth Sergel.