Engaging the Age of Jane Austen: Public Humanities in Practice 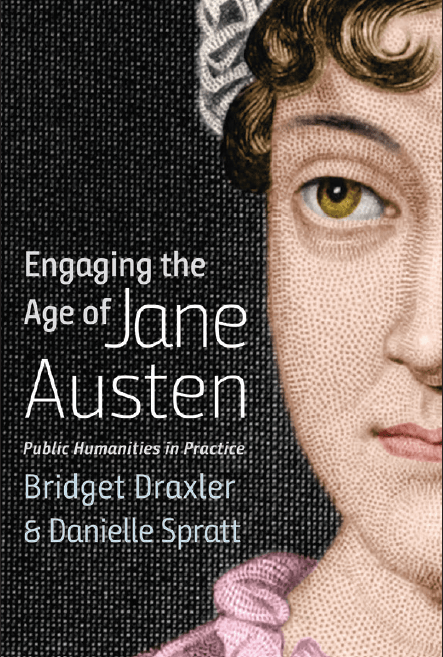 by Bridget Draxler and Danielle Spratt

Humanities scholars, in general, often have a difficult time explaining to others why their work matters, and eighteenth-century literary scholars are certainly no exception. To help remedy this problem, literary scholars Bridget Draxler and Danielle Spratt offer this collection of essays to defend the field’s relevance and demonstrate its ability to help us better understand current events, from the proliferation of media to ongoing social justice battles.

The result is a book that offers a range of approaches to engaging with undergraduates, non-professionals, and broader publics into an appreciation of eighteenth-century literature. Essays draw on innovative projects ranging from a Jane Austen reading group held at the public library to students working with an archive to digitize an overlooked writer’s novel.

Reminding us that the eighteenth century was an exhilarating age of lively political culture—marked by the rise of libraries and museums, the explosion of the press, and other platforms for public intellectual debates—Draxler and Spratt provide a book that will not only be useful to eighteenth-century scholars, but can also serve as a model for other periods as well. This book will appeal to librarians, archivists, museum directors, scholars, and others interested in digital humanities in the public life.

“Engaging the Age of Jane Austen is a valuable compilation of case studies on how to combine the study of eighteenth-century texts with public engagement. Its conversational tone and wide array of topics and contributors will help readers take away tips on how to expand their pedagogy and research to include wider audiences—a must for any contemporary scholar.”

“The work is important and timely, the scholarship is up to date and comprehensive, and the book has a good balance of theory, history, textual explication, and individual testimony about praxis that is truly engaging.”

Danielle and Bridget met at Chawton House Library in 2011, and both participated in a 2012 National Endowment for the Humanities Summer Seminar to study Jane Austen and her contemporary women writers.

Bridget and Danielle contributed essays to a special issue of Persuasions On-Line in 2014 on “Teaching Austen and Her Contemporaries.”