The City We Make Together: City Council Meeting's Primer for Participation 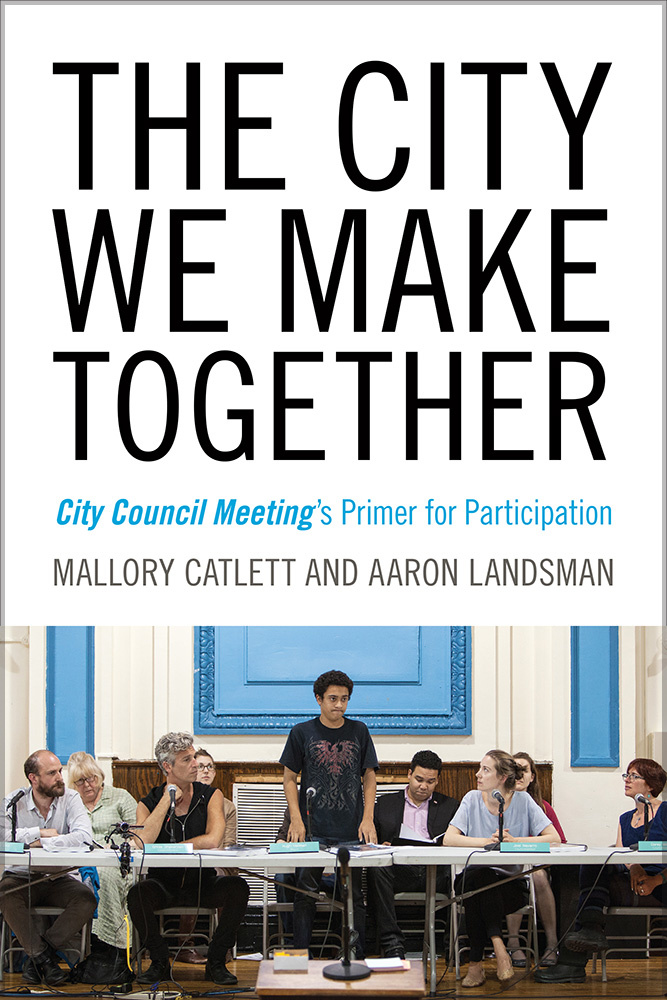 by Mallory Catlett and Aaron Landsman

In 2009, theatre artist Aaron Landsman was dragged by a friend to a city council meeting in Portland, Oregon. At first he was bored, but when a citizen dumped trash in front of the council in order to show how the city needed cleaning up, he was intrigued. He began attending local government meetings across the country, interviewing council members, staffers, activists, and other citizens. Out of this investigation, Landsman and director Mallory Catlett developed a participatory theatre piece called City Council Meeting.

The City We Make Together looks at how we make art with communities, how we perform power and who gets to play which roles, and how we might use creativity and rigorous inquiry to look at our structures of democracy anew.

“Following a structure that artfully replicates the political dramaturgy of a city council meeting, this lovely and poignant book joins the messiness of politics with the experiment of aesthetics, offering precise philosophical reflection about the significance of the intersection. The elements of theatre—the experience of ensemble, of controlled participation, of qualified access, of self-presentation—all turn out to be vehicles for better understanding the stakes and super objectives of essential civic processes that we too often take for granted.”

“This book is a fantastic and unique examination of participatory art practices, the ethics of public engagement, wildly creative project management strategies, and, most importantly, how to aim the power of imagination and collaboration toward the idea and practice of local democracy. A read I will return to many times.”

“The City We Make Together is a book that asks what kinds of creative processes build mutual respect within and between communities, and how we honor the histories of our neighborhoods and our activism. Catlett and Landsman help us see the ways the work we are already doing can be made more visible and celebrated as art.” 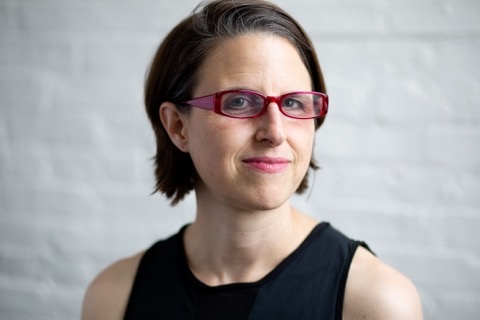 Mallory Catlett is a an Obie award-winning creator and director of performance across disciplines from opera to installation. From 2011-2014 she developed and toured City Council Meeting to five different cities (Houston, Tempe, New York, San Francisco, Keene), which she co-created with Aaron Landsman and Jim Findlay. She is a Co-Artistic Director of Mabou Mines and Artistic Director of Restless Productions NYC. In New York her work has premiered and performed at 3LD, HERE, Ontological-Hysteric, PS122, Abrons, Chocolate Factory, EMPAC, LaMama; featured at COIL, Prelude, Prototype and BAM’s Next Wave; developed at CultureHub, Barishnykov Arts, Pioneer Works, Watermill Center, McDowell, Performing Garage, HERE, Mabou Mines, LMCC, EMPAC and Yaddo; and toured internationally to Canada, France, UK, Ireland & Australia. She is a recipient of Edinburgh's Herald Angel Award, a NYC Women’s Fund grant for Media, Music and Theatre, 3 MAP fund grants, a NEFA Grant, 3 NYSCA independent artists commissions,  a 2016 Creative Capital Grant and a 2015 Foundation for the Contemporary Arts Grants to Artists Award. She is an Associate Artist at CultureHub and a member of the Collapsable Hole an artist-run development and performance venue at the Westbeth Arts Center. She has written about her work in Canadian Theatre Review, Contemporary Spanish Plays, Theater, Performance Research  and PAJ: A Journal of Performance and Art. Learn more at mallorycatlett.net. 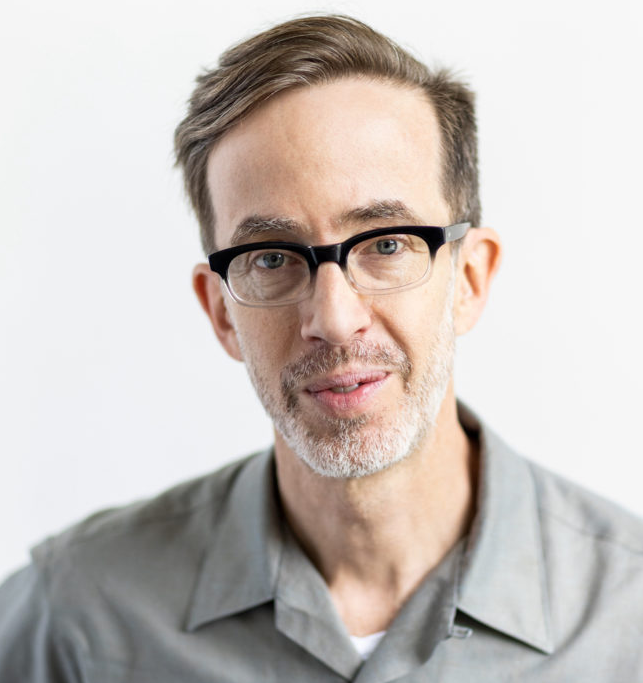 Aaron Landsman is a New York-based writer, teacher and organizer. He is a recent Guggenheim Fellow, ASU Gammage Residency Artist and Princeton Arts Fellow. He continues to teach at Princeton’s Lewis Center for the Arts. His performance works have been presented in New York by The Foundry Theatre, Abrons, PS 122, The Chocolate Factory, and HERE. From 2012–14 his participatory project City Council Meeting, created with Mallory Catlett and Jim Findlay, was presented in five US cities. Landsman is currently creating a new performance Night Keeper for The Chocolate Factory in 2023. He recently wrote a libretto for Follow, an opera by Igor Silva commissioned by the Gaudeamus Festival in The Netherlands, and performed by Ensemble Klang and soloist Stephanie Pan. In 2016 he started Perfect City, a 20-year art and research collective looking at Gentrification and city planning, at Abrons Arts Center. Aaron is a company member of the acclaimed ensemble Elevator Repair Service Theater, with whom he has performed off-Broadway, on tour internationally and on London’s West End. He works as a freelance director and dramaturg, and has also appeared in the work of Tim Etchells, Richard Maxwell, Tory Vazquez and others. His recent articles, stories and poems have been published in RiverTeeth, Evergreen Review, Mudfish, Theater, Theater Journal (UK) and as a chapter in the 2019 book A Moment on the Clock of the World. He has taught at and guest lectured widely, including NYU, Columbia, Yale, CUNY, ASU, UC Berkeley, Bard and Bennington. Learn more at thinaar.com.